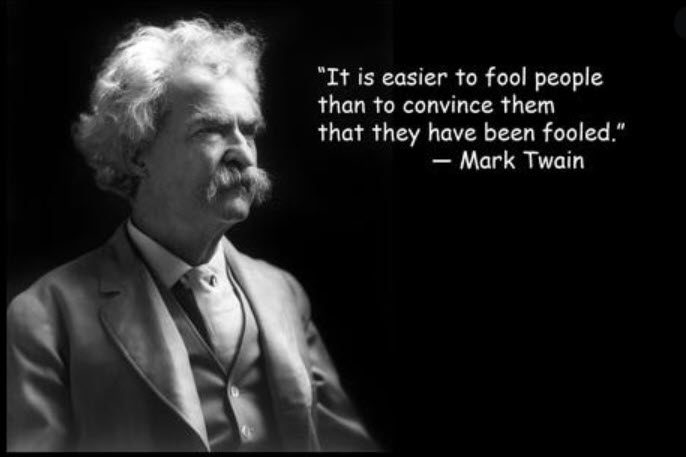 They've been biting into their victims for 420 million years...that's even longer than trees have existed.

Movies like Jaws have made Great White sharks out to be killers -- and they sure do kill a lot of seals.

If you listen to click bait news programs (which is virtually all of them), you'd think hundreds or perhaps thousands of people are killed by sharks every year.

But did you know that cows kill more people annually in than sharks?

Oddly enough, falling coconuts account for about 150 deaths per year.

It's amazing what you can find out with a few quick searches on the web.

All this information at the tip of your fingers has a cost though -- it killed the media.

They've figured out a formula for gaining attention in a sea of chaos: Report on extremely rare events that involve something bad happening.

Human beings are easily manipulated as Bernays wrote about in the 1920's (he's why Americans eat bacon and eggs for breakfast).

"If it bleeds it leads" is their mantra.

And if they can't find anything rare and deadly...well, they'll just make it up.

Remember when NBC said GM's trucks were unsafe during an episode of "Dateline" in 1993?

I know that was a long time ago, but I remember them showing a truck blowing up in a test crash due to "faulty" gas tanks.

GM ended up hiring some detectives, and found the truck was rigged with explosives...

They sued NBC and won.

The media isn't alone in their fraud. One of the few good journalists exposed the lobbying industry and their think tank cohorts by creating a fake energy firm that was in need of a post-communist PR makeover.

For $1.5 million they would have think tanks and academics write op-eds in newspapers, congressional delegations, and various PR moves to shine a good public light on the fictitious company.

A friend of mine grew up in a communist country where the bribery was in your face. She didn't think America was corrupt. Now she knows that the corruption is just more sophisticated...the scams are bigger and bolder. Instead of slipping the passport agent lackey $10 to hurry up and do his job, millions are laundered through charities and foundations.

My point isn't that you need to be cynical about everyone. It's that you should understand the motives of those you listen to. For example, the media -- with very few exceptions -- has been going bonkers with C-19 reporting. You're hearing anecdotal story after anecdotal story.

The rarest of the rare events are being sold to you like they're happening all over the world.

Dozens of doctors dying in Italy is tragic. So is a mother of two being bitten by a great white here in Newport a few years ago. Are doctors dropping like flies across the country? No. In fact, most hospital workers are getting their hours cut because there aren't many patients.

Antibody tests in The Netherlands, Germany, Boston, Chelsea, Santa Clara, and near me in Los Angeles County all suggest around 50x more people had the virus than believed, bringing the death rate in line with a bad flu year or so (0.1%).

Directly from lacounty.gov as of yesterday(April 22, 2020): "The estimates also suggest that we might have to recalibrate disease prediction models and rethink public health strategies."

And we got the worst possible advice: To stay indoors where the virus easily spreads to family members (how over 80% of cases are spread).

They even cut subway hours so MORE people were crammed into them elbow to elbow when they did run.

Let us not forget that government = the DMV.

Meanwhile millions are without a job because of a math error, a rush to judgement, and an unwillingness to admit their models are about as good as used toilet paper.

Children are out of school even though they have near zero chance of death and have consistently low viral loads when they get the disease.

Calls to the suicide hotline here in Orange County are up 80x. Alcohol sales are up 100%. The fat cats are once again getting the bulk of bailout money.

And not only are we importing an unwanted virus from China, but we're also importing their technocratic surveillance state. Meanwhile, Japan, South Korea, and Sweden are doing fine without forcing citizens to lose their jobs or be on house arrest.

And don't forget the CDC said masks were useless...now they're mandatory.

CDC: "Wear a mask only if you're sick you peon!"

CDC: "Don't you know you should be wearning a mask everywhere you filthy peon"?

Oh and don't let the bastards off the hook with their "OMG, there are all these asymptomatic C-19 people running around. That's completely new and we need to shut everything down until there's a vaccine!"

According to a statistically significant and peer reviewed study out of England, from 2006-2011, 77% of people in the five-group study who get the flu have zero symptoms.

OK, let's get back to sharks - Bear with me a minute because I'm going somewhere with this...

There's a myth that you can put a shark into a fish tank when it's young and it won't grow beyond the size of the tank. What actually happens is the shark will die due to water quality in the tank before it has a chance to grow to the size of a tank. Fish in general are highly affected by water quality and stress hormones. The smaller the tank, the more toxic the environment.

It's the same for your mind. If your mind is trapped in a fish tank of BS, it doesn't have room to grow. The media is superb at keeping your mind active with all sorts of toxic thoughts inside of a tiny fishbowl.

Don't forget that the fish tank is clear, and many don't even know they're trapped inside one. The faster you realize the media is your enemy, the better your life will become.

At the height of the anxiety and yellow journalism last month, the COT report showed everyday kitchen traders threw in the towel. They didn't realize they were scammed.

With some of my friends and family, sharing what I'm sharing with you now has been like talking to a wall.

As Mark Twain said, "It's easier to fool people than to convince them that they've been fooled."

The sign of a rational mind is someone who can look at evidence and change their opinion.

Speaking of your mind...

Tentatively in a few days, I'm going to share weird and surprising secrets about the high-performance strategies "The Boss" supercomputer has been building.

Let's crack open that fish tank and expand your thinking.

Let's make a plan together to take your destiny into your own hands and make 2020 your breakout year.

I'll show you where to sign up soon -- just finalizing some slides.

Government required disclaimer: The results listed herein are based on hypothetical trades. Plainly speaking, these trades were not actually executed. Hypothetical or simulated performance results have certain inherent limitations. Unlike an actual performance record, simulated results do not represent actual trading. Also, since the trades have not actually been executed, the results may have under (or over) compensated for the impact, if any, of certain market factors such as lack of liquidity. You may have done better or worse than the results portrayed.

Corona Del Mar, CAHowdy Friend!Many, many years ago when I was trading OEX options, I would call a 900 number to get updates from a…

Corona Del Mar, CAHowdy Friend! “It’s already down. Shouldn’t I wait to sell”? “No,” I said. “It could just keep falling.” “It’s Murphy’s Law that small losses will…