After Years of Development, can this Breakthrough Discovery Fuel Your
Dream Retirement by Revealing
Next Week’s Stock Prices?

“Everything I taught you about trading is over. I urge you to go ahead and lock the door and swallow the
key…silence your phone…cut your Internet cable…grab your beverage of choice and absorb every word of
this letter carefully because it’s that important.” – Dan Murphy, Founder of Portfolio Boss

I’ve been teaching you Event-Driven Trading, and that era is now OVER…it’s been replaced by Universal Prediction.

Buckle your seat-belt because this new method has the potential of doubling – or more – whatever you’re making right now.

As an original Founding Member of The Boss SuperAi, you have been pre-selected to benefit from this new profit-packed-prediction tool.

Code named “Project 88” as a tip of the hat to the time-travel movie Back to the Future, it can allow you to predict next week’s or even next month’s prices today.

Imagine typing in “AAPL” into the computer, and out pops next week’s prediction of Apple’s stock price.

Or you type in “TSLA”, and you get the following message:

You sell Tesla so you’re not left holding the bag… and let out a chuckle as the fools on CNBC scratch their heads in disbelief as Tesla craters.

Congrats, you just saved yourself from a $600 loss.

Then you punch in “AMZN” for Amazon’s prediction, and you get:

Now you’re cookin’ with gas, so you plunk down another $10k on Amazon. Next week arrives, and you’re up another $800.

Why not have the computer make a prediction on every stock, and only trade the Top 10 predicted to go up the most?

I know this sounds like a stretch, so hear me out…

The Brown Envelope at the Front Gate

On a bright sunny day in Newport Beach, just before Thanksgiving 2019, the doorbell rang. I opened the door and peered out in anticipation. In the front yard leaning against the gate sat a non-descript brown envelope. I eagerly picked it up and tore it open like a kid on Christmas morning.

Inside was the book I had pre-ordered on Amazon:

The Man Who Solved the Markets.

It’s a book about the most profitable – and secretive – hedge fund in history.

Jim Simons and crew made billions in profits, and I was about to get a glimpse under the hood of their money-minting operation. I’m obsessed with his fund because even the smallest glimpse into their trading business has personally made me millions.

At first, the book was a total bust…I didn’t see anything about their edge – it was mostly office politics.

Apparently, Jim smokes like a chimney, and his ex-employees were ticked off about it. But then something truly remarkable happened…

A good chunk of their formula was revealed when a guy in IT saved the day by finding a bug in the software code. I call it the “$100 billion bug” because Renaissance Technologies went on to make $100 billion and counting after the bug was fixed. A single missed day of trading equals millions in lost profits
for this firm.

Magerman, the IT guy, was nearly fired. He had hijacked the computer network – the size of two tennis courts – and accidently crashed operations of the fund. Feeling guilty, and wanting to get back into good graces with his colleagues, he poured over Robert Mercer’s buggy computer code day and night.

Mercer had developed a stock trading strategy that predicted stock prices. They would predict prices of every stock in the U.S (minus penny stocks). Then they would buy half the stocks predicted to go up, and sell short the other half…they would end up having a position in over 6,000 stocks.

Can you imagine that?

Problem was that when they traded the strategy with real money, it crashed and burned. Instead of making billions, it was hemorrhaging cash, and Mercer desperately wanted to know why. Magerman’s eyes were bloodshot by the time he noticed something odd… …a line of code showed the price of the S&P 500 years earlier. Mercer had failed to dynamically update the current price of the S&P 500 in his code.

By fixing the bug, the hedge fund was able to grow to over $1 billion within a year.

So that’s the first Big Clue: That they’re using the S&P 500 as a benchmark in their predictions. That makes sense because sometimes stocks get out of whack with their fair value…

…all it takes is one large fund trying to liquidate a stock holding to push it down, then within a few days you’ll see it launch back up. That’s easily demonstrated by the chart on the next page.

In this chart, when the graph is below zero, that means stocks that make up the S&P 500 are actually trading below the value of the largest S&P 500 ETF in the world (SPY).

In a perfect world, the line should be exactly zero at all times.

In other words, there are clearly pricing anomalies in the markets caused by inefficient traders. The Efficient Market Hypothesis, where all traders are efficient and logical, is bunk.

Renaissance Technologies is one of the most secretive hedge funds in the world. That’s no surprise considering Jim Simons was a code cracker for the NSA. If he leaked sensitive secrets, he could get 25 years in prison. If his employees leaked secrets, all he could do is fire them.

Once when they were wooing an investor from Japan, they noticed a tape recorder on the table. One of the partners flipped out, and started yelling, nearly threw the poor guy out. Like I said, they’re extremely secretive.

As you can imagine, discovering this next secret was purely by accident.
I was reading an interview with one of the executives at Renaissance, and he explained: “volume divided by price change three days earlier, yes, we’d include that.”

He was referring to computer code for their trading algorithm. Now the only way you’d ever come up with weird code like that is using machine learning…
…and not just any machine learning.

You wouldn’t see that kind of formula from neural nets. You certainly wouldn’t see it from support vector machines or Markov models. Nope…you’d only find it in Linear Genetic Programming, or LGP for short.

That’s where the computer programs itself with ‘C code’ like this:

This code wasn’t programmed by me or one of my engineering team members. It was derived completely from scratch by machine learning, or A.I for short

Putting it All Together

Armed with those two Big Clues, my team and I got to work on harnessing:

2) the ability to compare a stock or ETFs performance to the S&P 500 and a wide variety of indices, interest rates, and exotic data.

When I started testing LGP earlier this year, the results were OK. I wasn’t seeing any kind of miracle, and I closed my eyes, wondering if I had just wasted a year of my life on a road to nowhere. But then I realized that the A.I wasn’t looking at other indices like the S&P 500.

I had almost made the same mistake as Robert Mercer at Ren Tech. I nervously ran the test again. This time, the results were absolutely stunning.

Here are the results of a strategy that uses the S&P 500 benchmark to determine trade entries and exits.

It shows a 9% per month gain trading a handful of popular index ETFs like QQQ, DIA, and IWM:

How to Predict Next Week’s Price Changes

You see, I started this letter talking about predicting next week’s prices, right?
We’re now in the final stretch of doing exactly that. You see, all we have to do now is have the A.I generate computer code – all on its own – that predicts next week’s percent gain/loss for all major stocks in the U.S.

That might sound impossible to the uninitiated, but we’re already generating buy/sell signals by doing exactly that. Here’s what the process looks like:

At first, the predictions will be terrible because the prediction rules will be completely random. Kinda like a kid riding a bicycle for the first time. But the A.I is rewarded as its predictions get better and better. After 100 generations of breeding only the best prediction algorithms, we have a set of
instructions that can predict prices.

I estimate it’ll take around 64 billion predictions to accomplish. Easy enough for our network of 3,500 computers. Obviously, it won’t be perfect…there’s a lot of randomness in the markets. If a stock goes up 5% instead of 8%, it’s not a big deal. The key is to weed out the stocks that lose money.

I’ve made a bet with my team that the prediction algorithm will include data from the S&P 500. That’s what the guys at Renaissance Technology discovered, and what I’ve already uncovered with the initial test. What an exciting time to be alive!

…and I want YOU to be a part of it. In fact, you are one of the few remaining holdouts that hasn’t already upgraded to the Unite program, which is why I have sent you this special invitation letter.

After four years of development, Project 88 is nearly finished, and will be available ONLY to members of Unite. Unite is reserved for my top tier clients. They’re typically trading with 6-figure+ accounts, and want to take their trading to the next level. The only way in is via application, and we turn away over 65% of those who apply.

Here’s just a sliver of what’s included in Unite:

You could even pick your profits and tell the strategy you only want to trade stocks predicted have more than a 10% gain. The sky is the limit. I’ll personally be developing dozens of strategies with this new technique and sharing them with you.

Normally, Unite retails at $50,000 for a lifetime membership. Others have gladly paid $35,000 before I added all the latest strategies.

Even that appropriately higher price, it’s a great deal for the right person. Just the advanced order types and tax savings could pay for their membership in a year.

However, you are a Founding Member of “The Boss” SuperAi. That means you eternally have my thanks for believing in me and my team to deliver. Heck, the majority of Founding Members bought months before we had a working product.
That’s why I’m offering you the deal of a lifetime to get onboard with Project 88 price prediction and Unite. 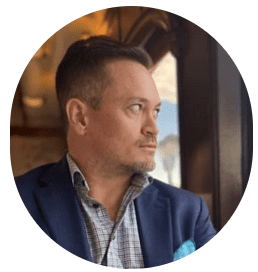 P.S. A new paradigm in trading is here. With Project 88 nearing completion, we’re shifting from eventdriven trading models to price prediction modeling. Imagine being able to predict next week’s or next month’s prices, and jump into only the stocks predicted to gain the most. The sky is the limit.


P.P.S. You have been pre-approved as a Founding Member. Call Adam Kaye today to receive 70% off pre-sale pricing *(Additional senior and military discounts available). You can reach him at 516-220-8221.

Government required disclaimer: The results listed herein are based on hypothetical trades. Plainly speaking, these trades were not actually executed. Hypothetical or simulated performance results have certain inherent limitations. Unlike an actual performance record, simulated results do not represent actual trading. Also, since the trades have not actually been executed, the results may have under (or over) compensated for the impact, if any, of certain market factors such as lack of liquidity. You may have done better or worse than the results portrayed.